Friday 13th may be unlucky for some, but on the Friday just gone I had the good fortune of seeing Father John Misty electrify Manchester’s historic Albert Hall.

END_OF_DOCUMENT_TOKEN_TO_BE_REPLACED 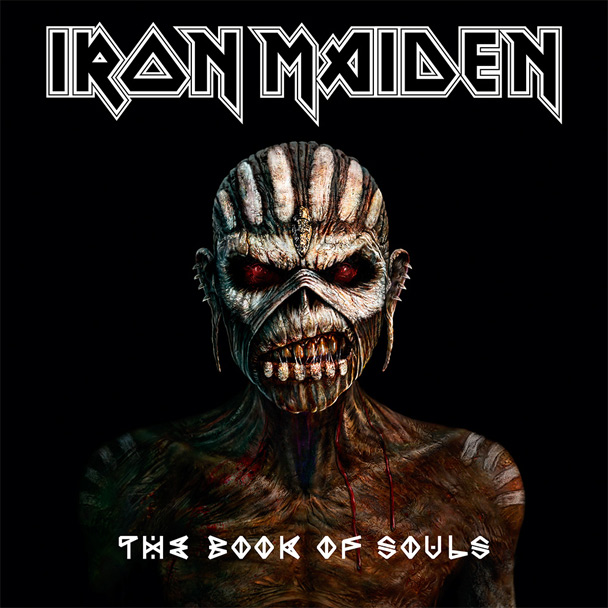 As the old adage goes, ‘If it ain’t broke, don’t fix it’. If there’s ever been a band which personified this it would be Iron Maiden. After nearly 40 years, 16 studio albums, more than 75 million albums sold and numerous sold out world tours, Iron Maiden are still working away at their own unique brand of metal. Their latest album, The Book of Souls, includes all their trademarks; galloping bass, operatic, soaring vocals and lyrics about history and mythology.

END_OF_DOCUMENT_TOKEN_TO_BE_REPLACED

Having showered, shaved, showered again and slept in a real, comfortable, honest-to-goodness bed, it’s now time to have one last misty-eyed look back on the five day celebration that was 2015’s Glastonbury Festival of Contemporary Arts.

END_OF_DOCUMENT_TOKEN_TO_BE_REPLACED 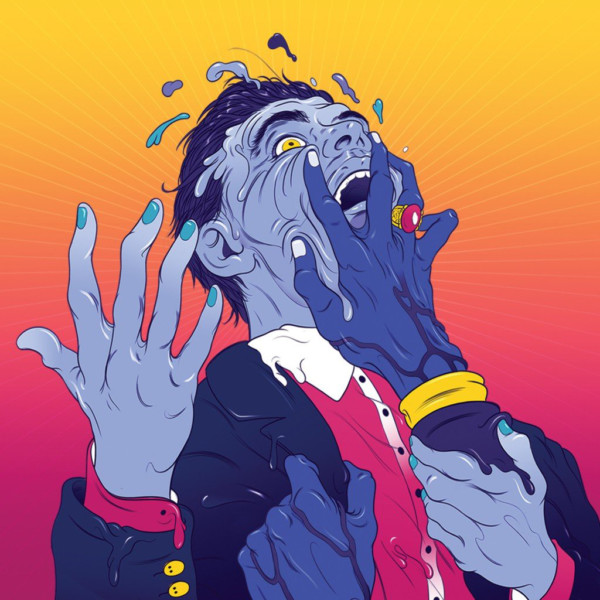 Everything Everything appear to be a band that you can’t really pin down to any specific genre. The fact that you can’t put them in a box adds to their appeal. They are clearly a band who view their music as art and it has paid off for them with the success of their 2013 album Arc. They have stuck with this winning philosophy for Get To Heaven. However, there is an added contextual edge to this album with lead singer-songwriter Johnathan Higgs taking news stories such as the ISIS atrocities and using them in songs such as ‘No Reptiles’. Many of the songs have the feel of 80s post-punk and post-rock bands such as ‘Get To Heaven’, which could easily be a Talk-Talk song or ‘The Wheel (Is Turning Now) which reminds you of Joy Division spliced with early 80s synthpop.

The two main singles on the album, ‘Distant Past’ and ‘Regret’ reflect the dance and rock sides of their music. Distant Past has the feel of a dance song with Higgs’ rap-like vocals, fast tempo and polished sound effects which also includes bridge sounds from TV’s Star Trek. ‘Regret’ is a more traditional rock song with anthemic background vocals screaming “Regret, Regret”. Other highlights on the album include ‘To The Blade’, ‘Blast Doors’ and ‘Warm Healer’ with its funky bass rhythm.

If the album has any flaws, it is in that some of the songs just randomly stop like ‘Distant Past’ or suddenly change course as on ‘No Reptiles’ and ‘Warm Healer’. Part of me was thinking that the band were trying to be a little bit too clever with some of the production techniques on the album. Nevertheless, Get To Heaven is a worthy follow-up to Arc and shows that the band are growing in confidence.

It feels like My Love is Cool, the debut album from London-based quartet Wolf Alice, has been in the making for a long time. Having first come across the band after a storming set at Dot To Dot Festival in Nottingham 2014, a debut album felt just around the corner. However, it appears the band have gone away and developed their sound on the road and the results are definitely worth the wait.

END_OF_DOCUMENT_TOKEN_TO_BE_REPLACED 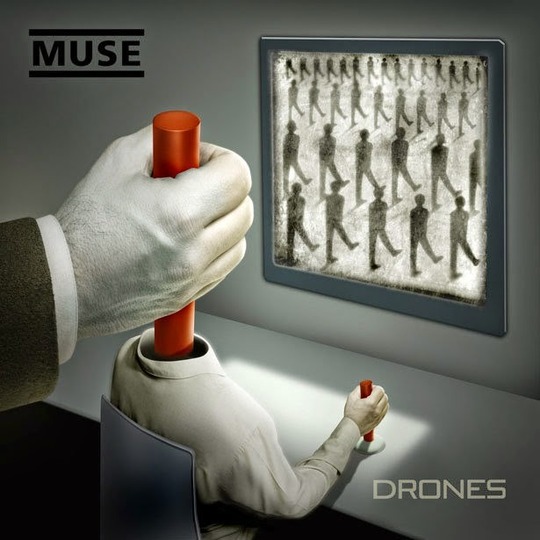 Innovative, creative and batshit crazy, Muse have revisited the political themes of their fifth album, The Resistance for their latest record, this time tackling the idea of drones. Matt Bellamy described the album as “the journey of a human, from their abandonment and loss of hope, to their indoctrination by the system to be a human drone, to their eventual defection from their oppressors”. The band wears their political messages on their sleeve. The album cover has a hand operating a joystick, like current drone pilots and one of the songs in named after the Reaper drones which inflict death from the skies.

END_OF_DOCUMENT_TOKEN_TO_BE_REPLACED

When Florence Welch and her band burst onto the scene in 2008 her willowy stage presence and impressive vocal range hadn’t been seen in music since Kate Bush had decided to take a long sabbatical from music in the early 90s. It is Welch’s stage presence; coupled with bold, multi-layered and multi-instrumental tunes, which have led to a globally successful formula.

END_OF_DOCUMENT_TOKEN_TO_BE_REPLACED

There used to be only one ‘Dynamic Duo’. The Caped Crusader and the Boy Wonder better watch their backs however as recent years have seen the proliferation of many dynamic duos in the world of rock music. Royal Blood, Drenge and Sleaford Mods are just a few who are currently enjoying success. Now Kent based duo Slaves have joined the party with their debut album Are You Satisfied?

END_OF_DOCUMENT_TOKEN_TO_BE_REPLACED

In a current pop scene dominated by dance and hip-hop, The Vaccines continue to fly the flag for rock music. The beginning of their third album, English Graffiti, is defiant in its punk sound. ‘Handsome’ is a fast-paced track which was made for an indie dancefloor. Likewise, ‘Dream Lover’ stands out as a classic rock/indie anthem and ‘Radio Bikini’ is an attack on the ears, in a good way.

END_OF_DOCUMENT_TOKEN_TO_BE_REPLACED

By Andrew Scott and James Lavender

Nottingham’s premier inner city music festival returned for its tenth anniversary bash. Nothing Off Note were there to bring you all the best bits. Here are some highlights of the acts we were lucky enough to see.

The first act of the day which we saw was Nottingham’s own Joy Mumford. She has been a fixture at previous Dot to Dot’s and here she was, performing in the intimate confines of the Stealth Club Acoustic Stage. Songs such as Tripwire showcase her sweet and soulful voice which can be incredibly emotional. She could also be quite upbeat, providing a more up-tempo cover version of Ordinary People by John Legend. Overall, she is a real talent and an excellent start to the day. She deserves to go far.

Playing upstairs in Spanky Van Dykes, Australian band The Griswolds performed Vampire Weekend influenced, infectious Indie rock. They had an energy and enthusiasm which left the audience eating out of their hands, especially with songs such as If You Wanna Stay and I am a Lion being natural chest-thumping tunes. It seemed a strange choice to have this band play in the slot they did, and it would have better suited the band and the audiences to have them play later in the day. Maybe after the success of their stint at this year’s festival, the band maybe bumped up the timings and venues next year.

Over at The Rescue Rooms main stage, singer-songwriter Laurel has her audience transfixed with her haunting and sultry stage presence and Lana Del-Rey-style songs. Memorial captures the haunting sweetness of Laurel’s voice, as well as her enchanting stage presence. Coupled with this was a great rapport with the audience, which meant she was able to laugh and joke with the audience, particularly when one audience members held up an ‘R U Single’ sign on the smartphone, which Laurel handled with a great deal of coyness and panache.

Lias Saudi takes to the stage like the classic dishevelled rock frontman, leaping into the crowd, surfing and topless. So far, so very Pete Doherty. Fat White Family certainly possesses a rock sound with edginess which is so sharp that you can cut yourself on them. What a disappointment then they only performed 20 minutes of their 45 minute set. It felt like a missed opportunity for Fat White Family to reward their fans and people who hadn’t heard them before to win them over.

This was a solid set form the welsh youngsters. They have been touted as the next oasis in the music press and with good reason. Their rock sound is promising and definitely the loudest band of the day.

Nice bit of indie pop rock from an intimate set in Rescue Rooms Red room. There are certainly shades of Damon Albarn in his voice. Daffodil days and Beautiful Words are two songs you should definitely listen to. Keep an eye out for his Beautiful Words EP which is released in June.

Interesting set from the Peterborough surf-pysch power trio. These guys know how to rock but maybe an earlier set time might have suited them better.

Headlining the Nottingham Trent Uni stage, the Californian band put in a pretty good shift and the audience certainly loved the mosh pit! Having already toured Europe in support of their latest album, they were maybe showing signs of fatigue and a little more audience interaction might have been appreciated. We would definitely recommend seeing them in the future though.

Dot to Dot has to be up there as the one of, if not the best city festival in the UK. Tramlines in Sheffield comes close but the abundance of up and coming bands and the proximity of a number of great venues really makes Dot to Dot stand out. Also the intimacy of most of the venues gives you chance to meet bands and show them some support. However, there was a sense that the performances, particularly from some of the more-hyped bands, such as Best Coast and Fat White Family weren’t as strong as hoped for. Only The Griswolds really lived up to the hype. As is what is happening with the music industry generally, it was the women who delivered some of the best performances, with Joy Mumford and Laurel providing excellent performances and having a real rapport with audiences. It is festivals like this which give bands the coverage, if not the breakthrough they deserve. After previous Dot to Dots had brought you Florence and the Machine, Bastille and Jake Bugg, who knows which of this year’s acts could make it big. Roll on next year and here’s hoping Dot to Dot continues to find and promote the best new acts the music industry has to offer.