The music press seem to be going crazy for Australian psychedelic rockers Tame Impala, who have conducted a complete sea change with their new album Currents. Just listen to ‘Elephant’ and ‘Feels Like We Only Go Backwards’ from 2012’s Lonerism and you will see the complete extent of that change. ‘Elephant’ has rock stomping, T-Rex glam written all over it. Then listen to ‘‘Cause I’m A Man’ from Currents, which features atmospheric synths that can be heard on most 80s pop music, it is quite a stark contrast, and not for the better.

END_OF_DOCUMENT_TOKEN_TO_BE_REPLACED 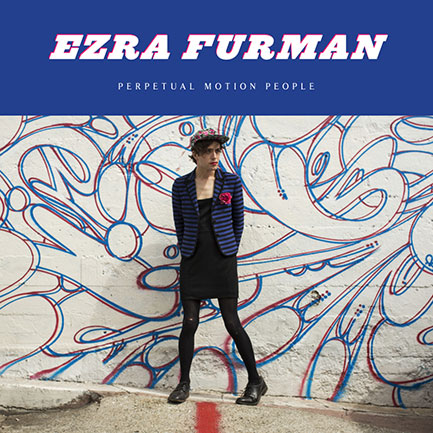 Ezra Furman cuts a striking figure on the cover of Perpetual Motion People wearing a dress, stockings and lipstick. This cross-dressing is also something he does in his live shows, which have been described as “staggering…the real deal”. From the look and sound of his new album, he seems like a man who doesn’t fear anything, but upon closer listening, you realise that Furman is communicating a sense of dislocation which comes across as sparky pop tunes.

And what tunes! Furman follows the vein of great American alternatives, such as Lou Reed and the Velvet Underground, Talking Heads and the Violent Femmes, whose influence can be heard most notably on the first single ‘Restless Year’. He takes influences from everywhere and from every period of music. You can hear 1920s jazz and music hall on ‘Haunted Head’, whilst the fuzzy guitar and heavy bass on ‘Tip of a Match’ is reminiscent of The Pixies. One of the highlights of the album is ‘Pot Holes’, which sounds like a vintage 1950s Rock’n’Roll song, complete with supporting do-wops.

As a singer, Furman has a whining voice, but in a good way. His singing style is, again, very reminiscent of the Violent Femmes’ Gordon Gano, They Might Be Giant’s John Linnell, with a bit of Lou Reed thrown into the mix.

With Perpetual Motion People, Furman has borne his heart and soul into this album, but rather than being a long dark night of the soul, it is a colourful and joyous pop rock album which people can dance along with and enjoy.

Having showered, shaved, showered again and slept in a real, comfortable, honest-to-goodness bed, it’s now time to have one last misty-eyed look back on the five day celebration that was 2015’s Glastonbury Festival of Contemporary Arts.