Frustration with one’s music can often be a catalyst for future success. Many artists from Bowie to U2 have all gone through existential musical crises and used the experience to create masterpieces which defined their careers. Leif Vollebekk has been through a similar journey recently, having felt that the songs he had written throughout his career seemed like hard-work when performing them live, compared to the freewheeling cover songs he would do at the end of his sets. To get over it, he listened to Nick Drake’s Pink Moon album numerous times and played a small-scale gig in his native Montreal to give him more confidence in his songwriting abilities. The result of this is his third album, Twin Solitude.

The album was recorded in one take at Breakglass Studios in Montreal, which gives it a rawness that you would only find in a live performance. Every song on the album screams simplicity, with ‘Vancouver Town’ having a straightforward drumbeat and smooth piano backing. ‘Elegy’ showcases Vollebekk’s poetic songwriting, whilst ‘Big Sky Country’ has an R’n’B feel about it and ‘Telluride’ could be easily covered as a country song. There are moments where the songs get a bit more ambitious, with ‘Into The Ether’ containing a certain amount of bombast and the ‘Road to Venus’ containing a Theremin-like sound which makes it sound otherworldly. 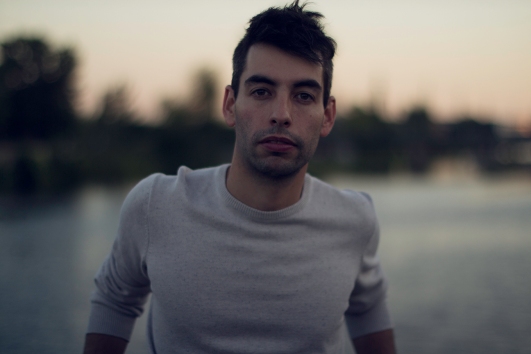 You can see why Vollebekk has adapted a stripped back sound in the vein of Nick Drake’s Pink Moon album (the song ‘Michigan’ has Nick Drake written all over it). That record was Nick Drake stating “This is me” and Vollebekk is trying to do the same with this album. Vollebekk is a live performance artist more than anything else and Twin Solitude would work as a fantastic chill-out set during a gig. However, I feel that this stripped-back approach has left the album feeling empty. You just wish that more production and musical arrangement had gone into the record. His first two albums, Inland and North Americana are better examples of Vollebekk’s abilities. It seems strange that he has created this album to compensate for the supposed inadequacies of his previous two. I would say they are a better showcase of who he is than this one.